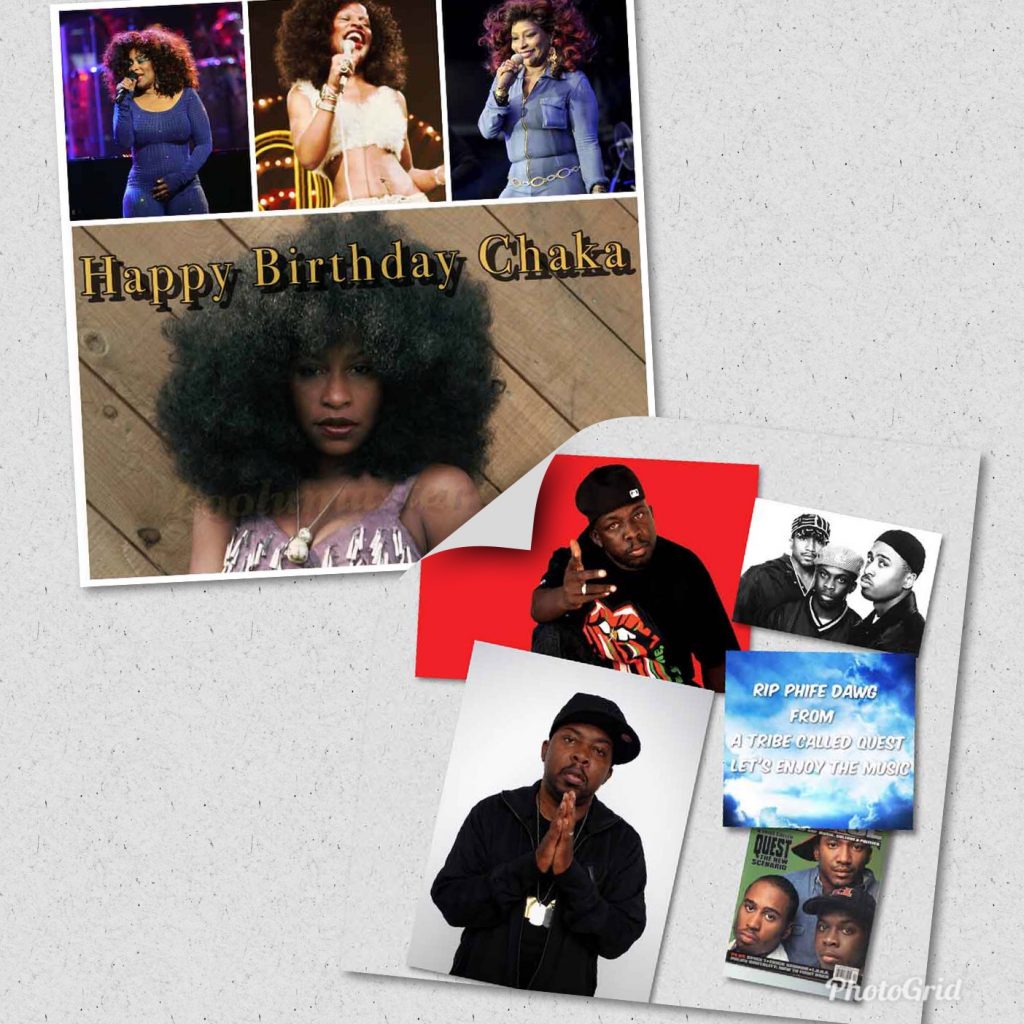 Happy Birthday Chaka Khan RIP Phife Free Mixes. Born on March 23, 1953, in Great Lakes, Illinois, singer Chaka Khan achieved great success as part of the soul-funk band Rufus, including hits like “Tell Me Something Good,” “Sweet Thing” and “Hollywood.” She embarked on a solo career in the late ’70s and made waves on the charts again with tunes like “I’m Every Woman,” “I Feel for You,” “This Is My Night” and “Through the Fire.” A phenomenal vocalist, Khan has won many Grammys. Read More

Rest in Peace Phife of A Tribe Called Quest

Phife Dawg initially formed A Tribe Called Quest, then simply named Quest, with his childhood friend Q-Tip in 1985. Phife Dawg’s contributions to the group increased on their second album, 1991’s The Low End Theory, which saw Phife—often referring to himself as “the Five Foot Assassin”—rapping about social and political issues; the record has since been acclaimed by critics and fellow musicians. Read More